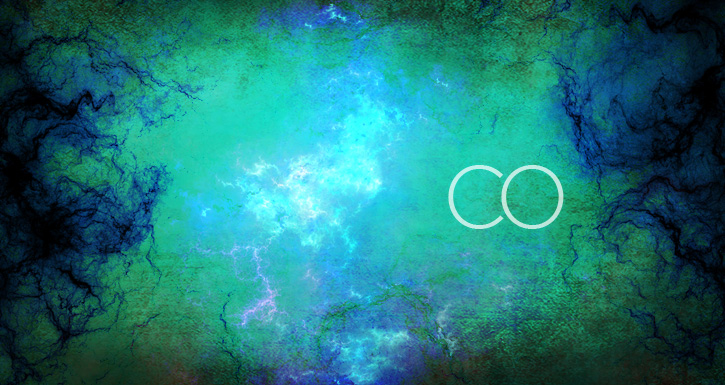 As we all prepare for the fall and winter that is ahead of us, please consider protecting yourself from a known, but not too thought-of hidden danger.

Tuesday night, November 22, 2005 was an ordinary night, with the exception that Joy and I were packed and ready to head down to Atlanta after work the next day so that she could run her first half marathon on Thanksgiving Day. She had gone to bed early that night and I was finishing up a few things before bed.

We had been heating our house with small electric heaters because the cost of natural gas had skyrocketed so our furnace was turned off. But as I thought about our three cats that would have to be left in a very cold house while we were gone for two days, I decided to turn on the furnace for the first time that cold season. After finishing up packing and preparing to leave the next day, I went to bed.

Around 3:30-4:00 in the morning, my wife and I woke up to one of my cats throwing up on the bedroom floor. As we sat up in bed we accidentally knocked our heads together very hard and she laid back down and I started to get up to clean up the mess. But as I started to walk I felt unbalanced and ran into the wall beside me. I tried to look down to see where the mess was but I felt really weird. I proceeded to get to the bedroom door and stumbled into the family room where I collapsed on the floor with my heart racing and passed out.

A little bit later, I awoke to my heart pounding faster and harder than I have ever felt. I felt so weak and could not pull myself off of the floor. I tried with all my might but to no avail. I started to vomit. At that point I knew there was something very wrong with me. My first thought was that I was having a heart attack and/or a stroke. I kept crying out to my wife that I needed to go to the hospital. I was yelling as loud as I could. I kept looking in the bedroom and she was not getting up and I felt so alone. I started crying out to God to save me and help me and I passed out again.

I woke up sometime later again and realized I had no control over my bowels. I was so unbalanced that I could not even crawl well. I remember some of these things so vividly because I remember thinking “what on earth could be happening to me?” I had used hallucinogenics in my life’s past and this was no comparison to those. Everything seemed slow.

When I realized that I had no control over my bowels, I proceeded to crawl and drag myself towards the laundry room to take my clothes off. It felt like a lifetime but I finally got there. I struggled with taking my pajamas off and after I took them off I wanted to go back to the family room but I passed out again.

I woke up again, miraculously, and knew I had to get to my wife because I needed help. It’s interesting to note that I could think about changing my pajamas but I could not think about calling 911. Although I probably wouldn’t have been able to reach the phone.

Little did I know that my wife was out of it too. She had heard me but couldn’t get up. Her heart was pounding too and she knew she had to help me, but there was something wrong with her too and she struggled to get out of bed. Neither of us could think rationally. All sensible things we should have done never crossed our minds. We were being poisoned by carbon monoxide.

Joy was able to finally get out of bed. Her whole body was shaking and she headed toward me, stumbling as she walked. I remember her standing over me at one point and I woke up and said, “Help me.” She said back, “What do you want me to do?” And then I was out again. She crawled over me and then she passed out too.

I have no idea how long we both were out, but around 7:30am I heard the phone ring. I only remember hearing it once. I couldn’t move at all. My body was shutting down to protect my vital organs. As I lay there limp, I continued to dry-heave as my body was trying to reject the poison.

When the phone rang, Joy got up to her feet and stumbled over and passed me to get to the phone. She answered it before the answering machine turned on. I know this: we both could not walk. But by the power of God she stood up and answered the phone in the bedroom. It was her coworker, Warren. Joy had to present something at work for a 5:30am meeting and Warren had to do it instead and after the meeting he decided to call her because she is not normally late. I believe God impressed him to call us.

He was asking her some questions but knew that there was something wrong with the way she spoke. She told him that she thought I was having an anxiety attack and that she thought she was having one too. He asked Joy if she wanted him to come and take us to the hospital. She simply said yes and then he asked her for directions to the house. Not really thinking what she was saying, she proceeded to tell him to head south on the highway and he knew we lived north.

He then asked if she wanted him to call the paramedics and she said yes. He asked her for our address and she rattled it off to him correctly. She never remembered this and we find it remarkable that she was able to do it. He pleaded with her to not hang up as he tried to reach 911.

After several times spelling out the address to the 911 operator, he told Joy that the paramedics were coming.
I remember Joy waking me up and telling me that the paramedics are on the way. I would lift my head every few moments toward the front door to see if they were coming. When I saw them pull up I realized that I was half-naked on the floor. Joy, with all that was happening to us both, had enough sense to open my armoire and get some shorts for me. She dropped them on me and then went to get coats for us both. I had the thought that I didn’t want to be seen naked and so with all the energy I could muster I pulled the shorts on. Joy opened the front door for them. It is truly amazing that she was able to do all of that while being poisoned almost to death.

I couldn’t walk so the paramedics carted me to the ambulance. As we got in, the firemen pulled up. They immediately went into the house and their carbon monoxide detectors went crazy. In our bedroom alone, it was 900 parts per million. And that was after the front door had been open for a few minutes. The firemen said that they have never seen a reading that high and someone live through it.

Our wonderful neighbor, JoEllen, from across the street came over and rescued our cats with the firemen’s help. She also cleaned up all the mess, washed our clothes, made our bed, cooked us dinner, baked us cookies… all waiting for us when we returned. She has a truly amazing heart.

We arrived at the emergency room and immediately they started tests on us – blood work, EKG, etc. After a few hours Joy was eating and they were ready to check her out of the hospital, but they told her that I was not doing too well. The doctor came to me and told me that the EKG came out abnormal and my heart has them worried and that they were going to keep me overnight. It wasn’t even Noon yet. My heart was struggling to stay under 120 bpm, even laying down breathing in deep breaths of oxygen.

I remember when the doctor left the room, all I could think about were the things I spend my time on. I thought about my wife and how much more I could love her. I thought about my spare time, what I spend my energy on, and even my own walk with God. I started thinking that this could be it for me. And what do I have to show for it? I prayed to God… “I know that you are willing. Make me whole again.”

They had administered another EKG three hours from the first one and evidently, it was improved enough that they were not keeping me overnight. I felt God’s presence over me. My wife was sitting beside me at this point and the doctor came in. Joy had insisted that she was going to run her half marathon the next day, but the doctor said no. He was transferring us to another hospital. He told her that her carbon monoxide count in her blood was higher than mine. He explained that a normal person has about 1-2 counts in their blood. A smoker has about 6-7. I had around 23 and Joy had around 26.

He transferred us to get treatment in Hyperbaric Oxygen chambers. We had two hours on that Wednesday and on Thanksgiving Day we had to go back twice for more treatments to try to remove most of the carbon monoxide from our blood. The doctor told us there could be some damage that could come up later on in life from this situation, but I am just rejoicing that God saved my wife and I then.

First and foremost, get your gas-heating unit checked out every year before you turn it on. Second, buy several carbon monoxide detectors for your home or office if you use any fossil fuels.

BTW…Our cats are OK, even to this day.

Here are some links to educate yourself on carbon monoxide:
http://www.epa.gov/iaq/pdfs/co_factsheet_en.pdf
http://www.cdc.gov/co/default.htm
http://firstaid.webmd.com/carbon-monoxide-poisoning-treatment
———————–
Why did it happen to us? We had an unusable fireplace and chimney (covered by a wall) being used as a vent for the furnace in the basement, as installed by the previous owners of our house. During the year, bricks fell down and stopped up the venting so when the furnace turned on, the carbon monoxide just filled up the house.